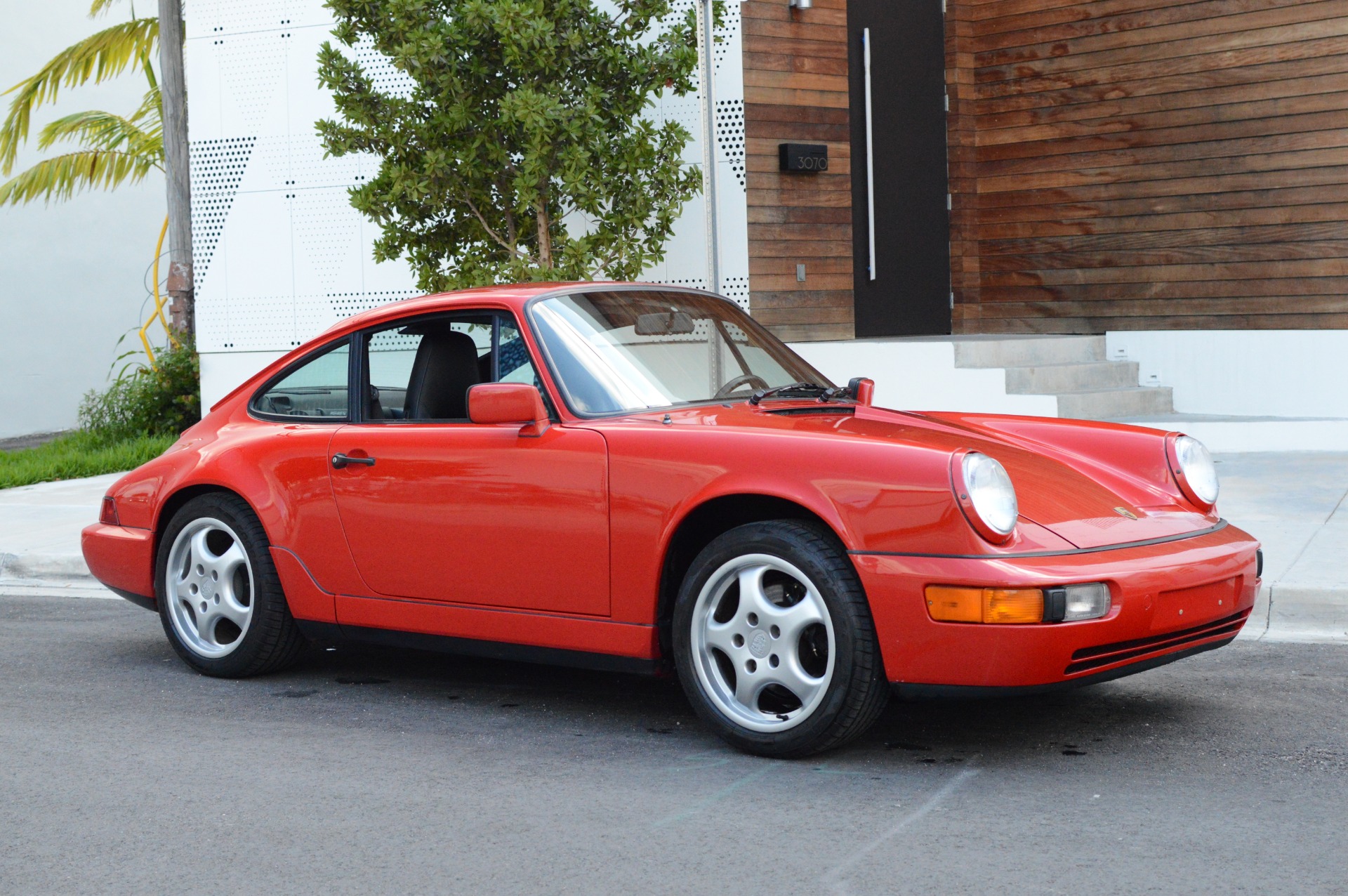 This 2 owner example has been with its selling owner for 28 years since he acquired it from its original owner in 1993. The original owner acquired the car as a Factory Delivery in April of 1989 directly from Stuttgart. This 964 looks to have been highly cared for its entire life. It is now being offered accompanied by original books, tools, keys, a clean Carfax, a clear title, and partial service records dating back to 1996.

The Guards Red paint is in excellent condition and free of any noteworthy imperfections. Paint meter readings show as original paint aside from the hood and sunroof which have been resprayed due to minor rock chips. The 17 Cup Design style wheels are fitted and mounted with Continental tires.

Inside, this 964 showcases a nicely preserved all original full black leather interior that covers the door handles and center console. The original Blaupunkt Reno SQR 46 Cassette-radio has remained and is in working condition. All electronics, gauges and accessories are fully functional.

The air-cooled 3.6 L flat-six engine generates 247 HP stock, which is distributed amongst all four wheels through a G50 5-speed manual transmission. 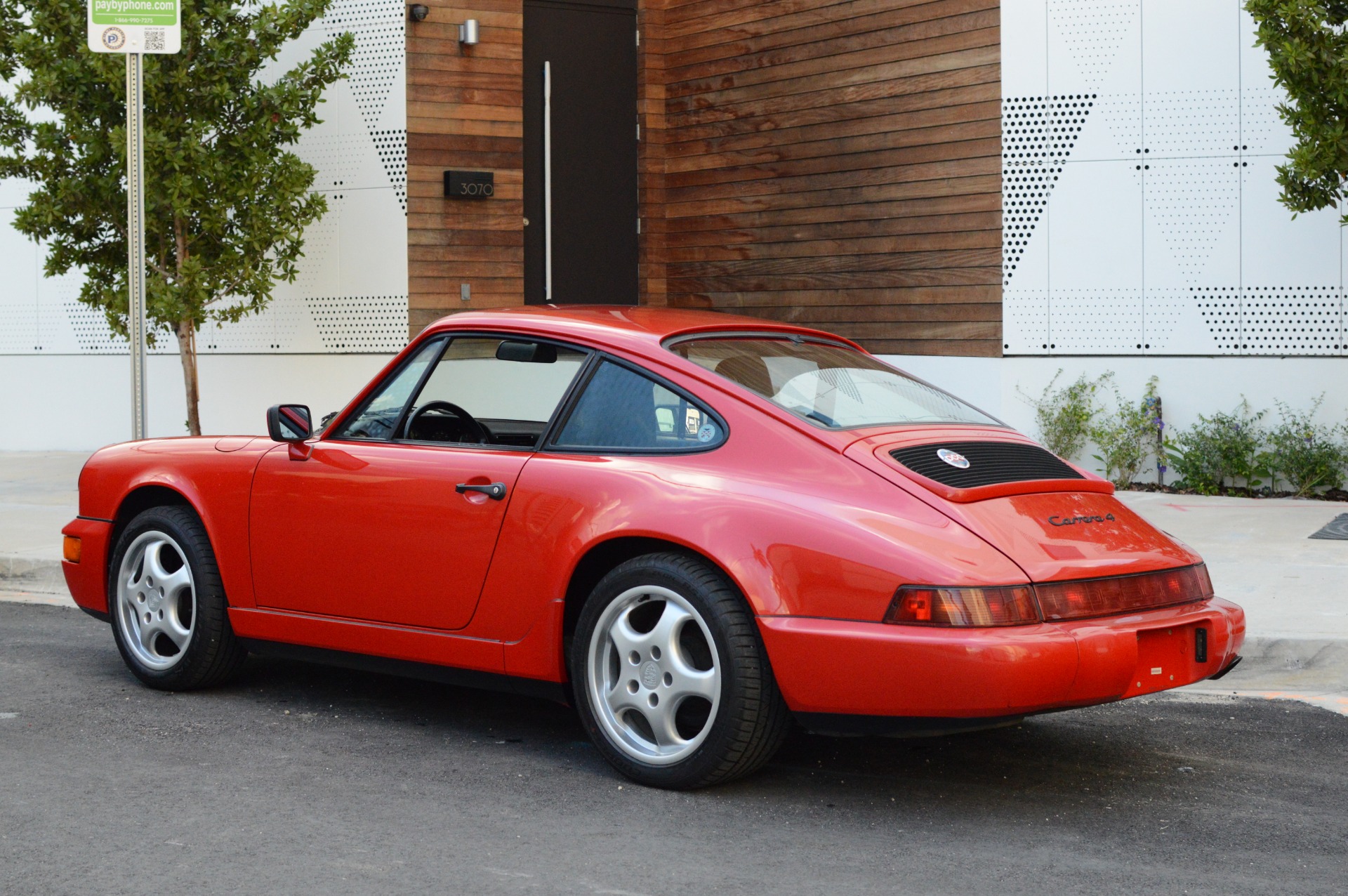 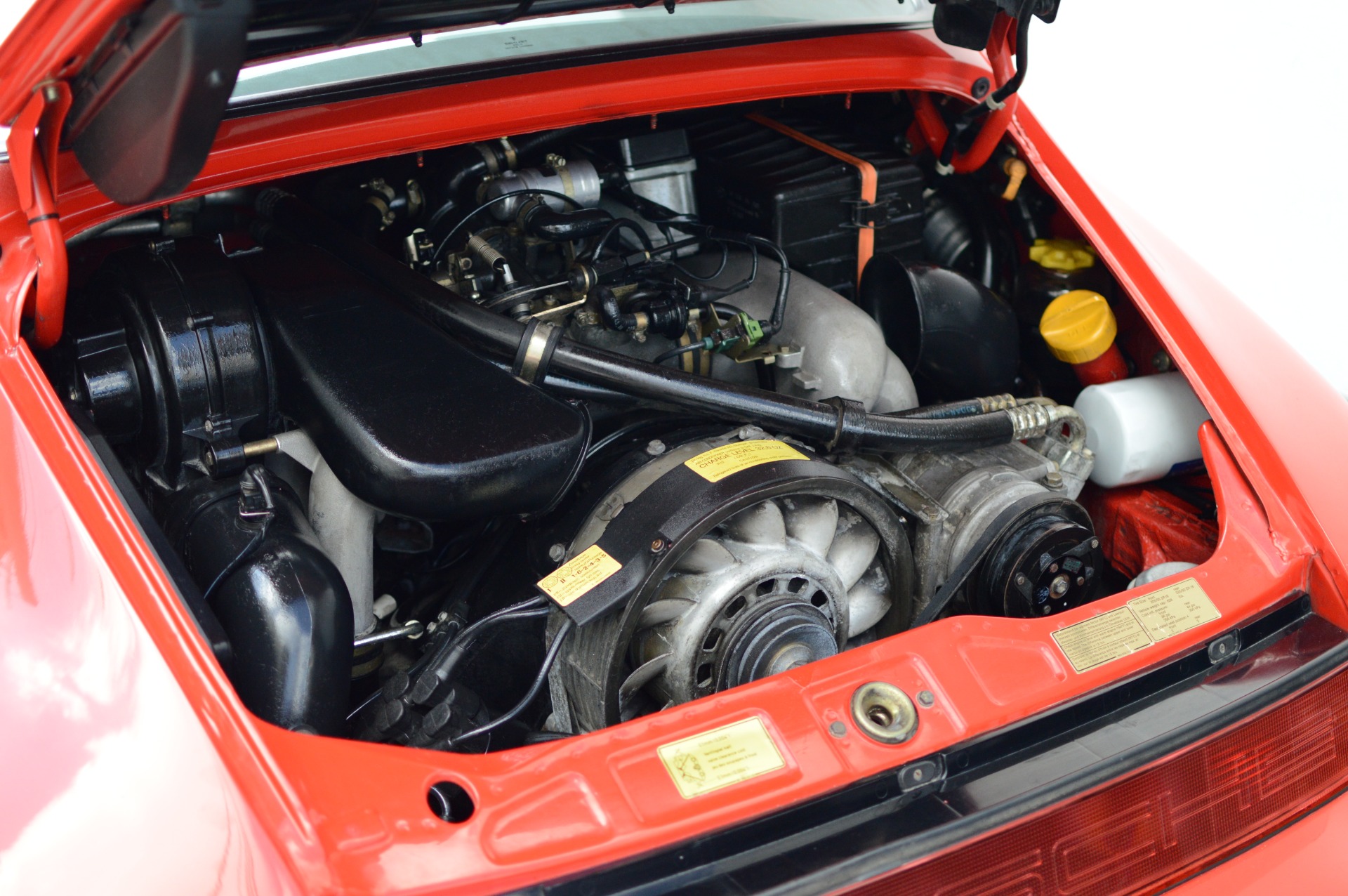